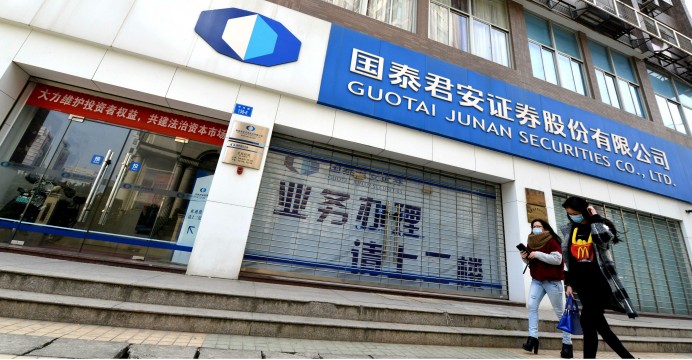 Guotai Junan Securities plans to issue up to 1.52 billion shares, or 10 to 20 percent of its total capital, for its initial offering. Photo: CNSA

In a preliminary prospectus filed with the China Securities Regulatory Commission, Guotai Junan said it plans to issue up to 1.52 billion shares, or 10 to 20 percent of its total capital, to replenish its capital base and supply working capital, the Wall Street Journal reported. It didn’t say how much it is seeking to raise.

Amid the frenzy for Chinese stocks this year, two of the country’s brokerages—including Huatai Securities China—have raised billions of dollars from Hong Kong IPOs, the newspaper said. A smaller firm, Orient Securities, raised 10 billion yuan (US$1.6 billion) in Shanghai.

Other Chinese brokerages in the IPO queue include Central China Securities and First Capital Securities.

The Shanghai Stock Exchange’s benchmark index is up nearly 150 percent this year, while the Shenzhen index has nearly tripled.

China Galaxy Securities, Huarong Securities and Ping An Securities are the underwriters for Guotai Junan’s IPO, according to the prospectus.

Guotai Junan, whose US$226 million Hong Kong IPO came five years ago, was one of three companies to win Shanghai-listing approval from the securities regulator on Wednesday.

The two others are Henan Thinker, a maker of train-monitoring equipment, and Reader Publishing & Media, a periodical publisher.

Guotai Junan reported a net profit of 7.17 billion yuan for 2014, the highest among the 29 securities firms that disclosed their performance last year. 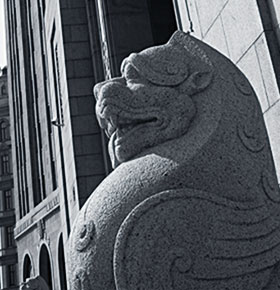